A Brief History of Modern Plumbing 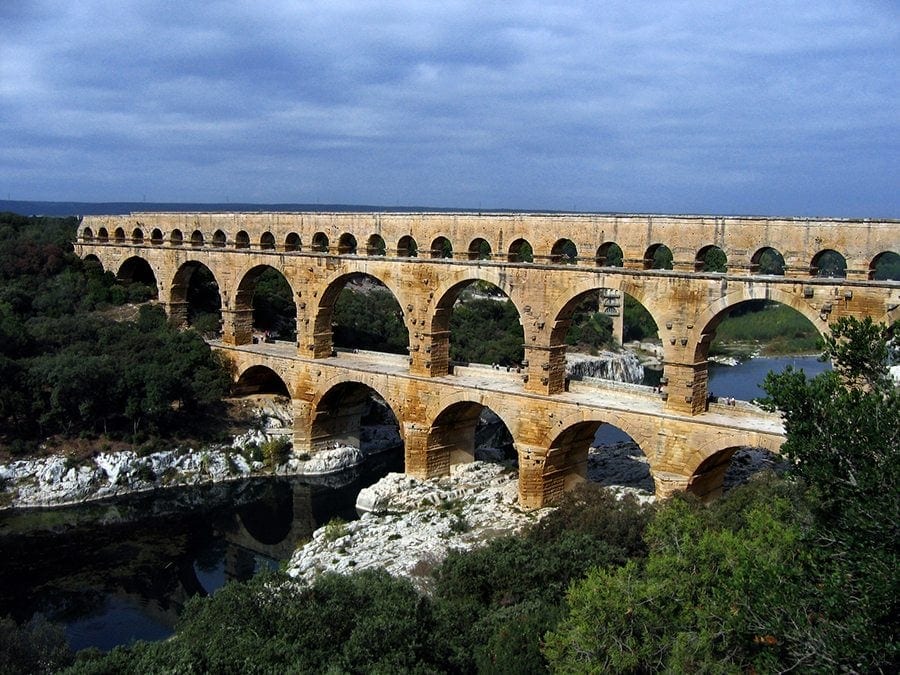 Plumbing is the system that moves fluids around for heating, cooling, waste removal, potable water etc. Plumbing uses pipes, valves, fixtures, tanks and other things to move fluids around. Plumbing infrastructure is critical to public health and sanitation. [Wikipedia]

Clean water and waste removal is long cited as one of the most important inventions in the modern world. It is almost unanimously accepted as having saved more lives than anything else in the world.

Have you thanked your plumber recently?

1700 BC
In Crete, Greece, the Minoan civilization used one of first sanitation and water supply systems. It used underground glass covered clay pipes for brining clean water and removing waste water. It even had a flushing toilet and storm sewage canals for overflow.

800 BC to 1st Century AD
The Roman Empire had sewers, public and private latrines, aqueducts and indoor plumbing. The first aqueduct was build in 312 BC and was a distribution system designed to bring clean water and dispose of waste water. Over the next few centuries, hundreds of aqueducts were built all over the Roman Empire.

Persia in the Middle East, the Qin and Hin Dynasties in China and the Classic Maya all used various forms of aqueducts, flushing toilets, water heating and cooling general plumbing. The Mayans even used porous limestone as a water filter.

1370
The first closed sewer is constructed in Paris on Monmarte Street.

1596
The first flush toilet is invented for Queen Elizabeth I.

17th Century
Castles have privies but lacked a waste disposal system and the plumbing dumped directly into surrounding moats and bodies of water.

1775
The S-trap is invented by Alexander Cummings. It uses standing water to seal the outlet of the bowl, which prevents the air from the sewer from escaping.

1804
Philadelphia is the first city to use all cast-iron pipes to create their new system of water delivery.

1848
England passes the National Public Health Act, this includes notes on water safety and is later adapted for most countries around the world.

1855
Chicago is the first American city to build a comprehensive sewer system to help control the spread and outbreak of diseases such as typhoid and cholera.

1860
Louis Pasteur uncovers the link between bacteria and disease.

1868
New York Metropolitan Board of Health forms to address the demand for a government study on disease and illnesses. It confirms the link between contaminated water and spread of disease. This leads to the development of sewage treatment systems to prevent water pollution which in turn leads to increases in life expectancy for urban populations.

1906
William Elvis Sloan invents the Flushometer. This uses pressurized water to discharge water for waste removal rather than gravity.

1920
Elevated tank toilets, that are most like the toilets we know today, emerge onto the market.

1984
the National Sanitation foundation and the American National Standards Instituted forms to test all fixtures that come into contact with potable water.

2011
The Reduction of Lead in Drinking Water Act reducing lead content from 8% to .25%. President Obama signs it into law.

Goal 6: Ensure access to water and sanitation for all

Clean, accessible water for all is an essential part of the world we want to live in. There is sufficient fresh water on the planet to achieve this. But due to bad economics or poor infrastructure, every year millions of people, most of them children, die from diseases associated with inadequate water supply, sanitation and hygiene.

Read More of Our Articles